Peter Niemi is a partner at MDC Advertising: The Programmatic Healthcare Agency. Prior to joining MDC he had long been a leader in the digital marketing field. In 1995 he founded GHG Interactive, the digital marketing arm of the Grey Healthcare Group, and ran it until 2000 (after 12 years at Grey). After GHG Peter joined Torre Lazur McCann as CIO in 2000, where he lead the team that designed and executed the Paxil web presence for GlaxoSmithKline which was one of the most-trafficked pharmaceutical sites in the world until patent expiration. In 2001 Peter co-founded a hybrid technology-advertising agency called Hyphen, an Omnicom company. Hyphen was focused on using modern marketing techniques for healthcare industry clients, a discipline shared by MDC Advertising. In addition to his agency experience, Peter has worked with a number of early stage companies and helped craft the positioning and launch strategy for ventures including MediaMath, DoctorCom and Impactia. He plays hockey enthusiastically with moderate skill and then ices whatever hurts the most. He has taught scuba diving, hockey, ice skating, multimedia programming and digital marketing although not all at the same time.  Peter earned his MBA at Columbia Business School and also holds a BA in English Literature from Columbia. 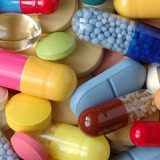